Mars entered Aries on June 27, 2020, and remain until January 6th, 2021.    Mars is the red planet of the Aries archetype which is  Masculine, strong, aggressive, warlike, and will win at all costs. This masculine sign possesses strength, the strategy of war, and a clear presence of physical and sexual aggression. Mars, the mighty planet of passion and drive, will be spending an extraordinarily long time in its home, the zodiac sign of Aries.  Aries does not look for the approval or opinions of others.

This aggressive energy will infiltrate our lives and we will be inclined to go after who or what we want impulsively, passionately, and without second-guessing.   This is a fast-moving action that is driven by confidence and determination to win and survive.

However, the reason Mars is spending so much time—nearly six months—in this piece of the sky is that it will go retrograde from

All the efforts we pushed forth will suddenly be stalled and halted with efforts suddenly blocked with conflicts, frustrations, and roadblocks. 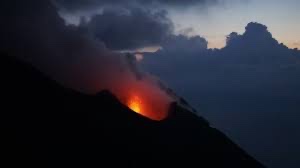 Absolutely launch nothing of importance or begin an official relationship (including marriage) when Mars is retrograde.    It will bring situations that will fail, be delayed,  and lost due to anger and conflict.

When Mars is in Retrograde, it is advisable to not schedule surgery, dental surgery, laser, acupuncture, etc.,  Be careful to work with machinery, tools, and pay attention to sports due to injuries.  It has been said in the astrological communities that MARS SCARS.

Topics that were heated will flare up again.  This could bring world protests, physical actions, and heated issues to the surface, together with breakups in relationships.

When Mars returns direct, whatever triumphs, efforts, defeats, and victories will be swept up, the battlefields will be cleared, and the movement forward will begin again.   Mars in Aries has a firm mind, and nothing is wasted.

The winning advantages will move on, with pride, strength, and success.

Mars is the natural ruler of the sign of Aries and as such it’s the full power of expression is manifested when it is placed in this sign, leading to both potentially good and bad traits. With Mars in Aries, you have free-flowing and impulsive energy. The energy is not restrained and flows abundantly.